The idea of ECoL, Emerging Concepts of Logistic, was formed with the intent of creating a multidisciplinary network between young academics and professionals together with stakeholders from industry, policy and science with various focal points of logistics. Collaboratively organised by Koç University and the University of Duisburg-Essen and sponsored by the leading logistics companies Ekol Logistics and duisport, the ECoL Summer School 2015 steered the cultivation of new research ideas through interdisciplinary workshops. In addition to hosting company representatives in order to gain insights into industrial processes, excursions to a number of company headquarters were organised as well. Academics had the opportunity to concretise their theories, while practitioners from the industry had the chance to receive feedback from a scientific point of view. According to the results of the anonymous questionnaires filled out at the end of Summer School, the ECoL Summer School has broadened the participants’ horizons through its multidisciplinary and multicultural structure with more than 30 participants from eight countries: Albania, Egypt, Germany, India, Iran, the Netherlands, Pakistan and Turkey.

The summer school’s six-day programme was structured into three parts. The first part started with an introductory day with the lecturers’ presentations, followed by a day dedicated to the participants’ presentations. The lecturers gave insights from different perspectives as a preamble on the first day. Prof. Dr. Metin Türkay presented the strategy behind ECoL and the initial formation of the ECoL idea as an ever growing concept. Prof. Dr. Bernd Noche explained the fields of application and the connecting competencies within logistics with the application of an ECoL strategy presentation. 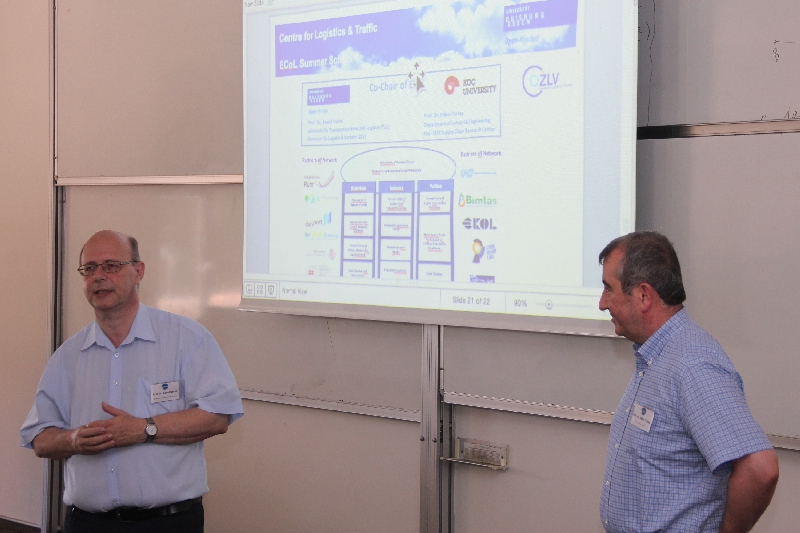 Subsequently PD. Dr. habil. Ani Melkonyan gave a lecture about Global Environmental Change and Adaptation Strategies within Urban Areas which was followed by Dr. Thomas Hanke’s presentation about Risk and Resilience in Sustainable Supply Chain Management. Furthermore, company representatives from Ekol Logistics and Unilever gave presentations regarding their logistics operations to provide the participants with the industrial point of view.  In addition, representatives from public policy making and urban planning departments of Istanbul delivered speeches about the Sustainable Transportation Development and Regional Planning Strategy of the City of Istanbul from Logistics Perspective respectively. The United Nations Development Programme was also represented in the guest lecturers section of the Summer School with a presentation of UNDP’s innovative business models. 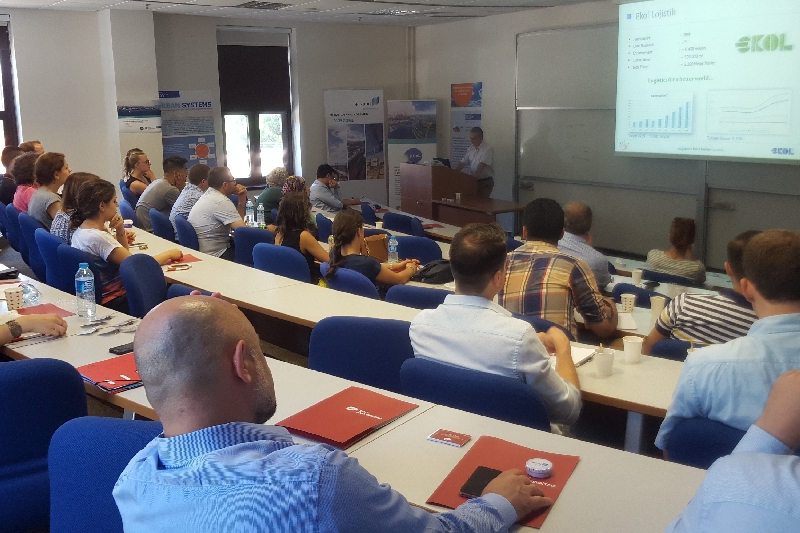 The second part of the ECoL Summer School was dedicated to excursions to the companies as well as to the public policy makers. The excursion destinations were the headquarters of Ekol Logistics, Bimtas-municipality subcontractor for planning and TKM Traffic Control Centre of Istanbul metropolitan municipality. 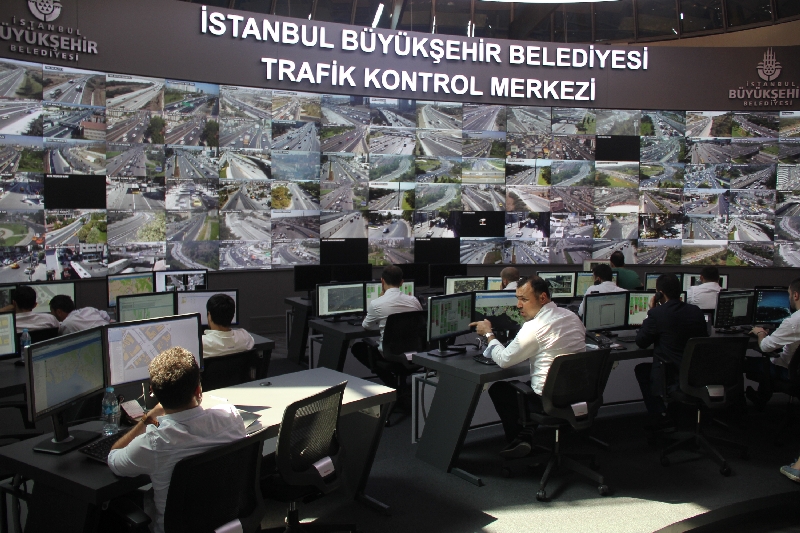 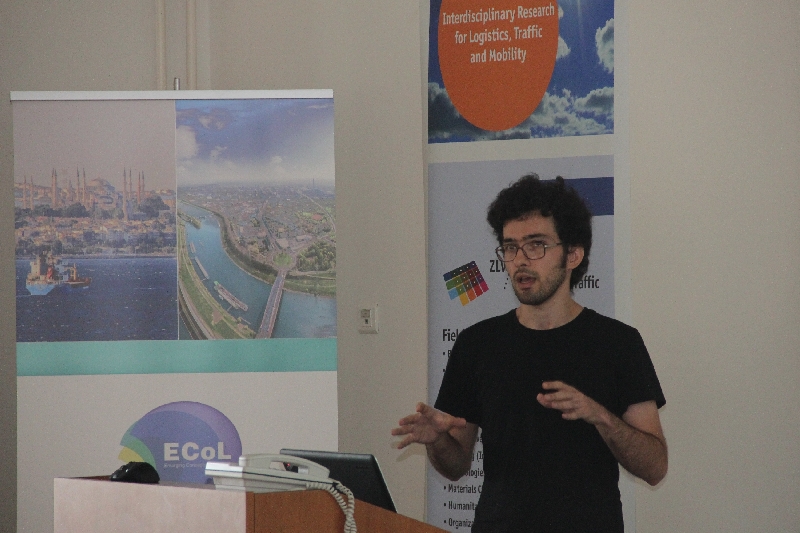 The four workshops carried out different but equally significant analyses. Each group determined emerging and problematic aspects of their topic in relation to urban logistics, the common denominator. With the diversity of academic backgrounds and professional orientations, various approaches to the abovementioned topics were processed together. The abstracts of the final presentations of groups are as follows:

The energy transmitted over long distances from the production plant indicates a significant amount of loss, which makes the logistics of produced energy an emerging problem. This energy-related problem was evaluated within the framework of network design, which seeks more effective ways to distribute renewable energy. Decentralised and centralised energy systems and their particularly convenient features for clean energy production were differentiated with diagrams. Furthermore, an electricity value chain was modelled for an industrial customer as a proposal for sustainable energy transmission from energy plants to the customer. The different phases in the process such as generation, transmission and distribution were explained via models. Therefore, the necessity of a reliable network configuration with the number of substations was defined as the major problem behind the research idea.

This practical approach attempted to integrate the systematic identification of the triple helix, which refers to authorities and different stakeholders in the public and private sector, within the urban system. The participants analysed the complexity of urban systems with the roadmap extracted from system dynamics. The main aim of the proposal was to create a more effective logistics network for the ever growing global cities of the modern world with their enormous needs in terms of transportation and delivery of goods in every sector. Increasing the quality of life for the cities’ inhabitants is both the target and the natural culmination of the optimisation process proposed within the framework of the workshop. The determined problem derives from a lack of representation of the affected communities which were included in the triple helix to seek a solution for the associated problem. 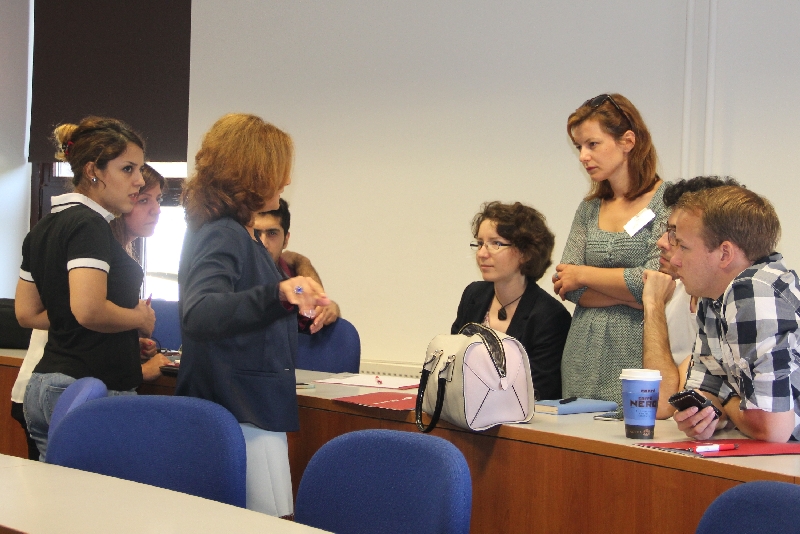 Achieved strong sustainability and its successfully applied integration to business models was the main objective of the proposal. The research idea was based on consultation, capacity-building and mediation activities and on the collaborative development of sustainable integration practices in a variety of sectors being a part of business supply chains. In practice this means developing strategies for cross-sectoral collaborations between manufacturers, suppliers and retailers, namely establishing a sustainable network of businesses in developing countries. The mode of collaboration between sectors will be concerned with supply-chain networks, knowledge management as well as business integration tools and procedures. 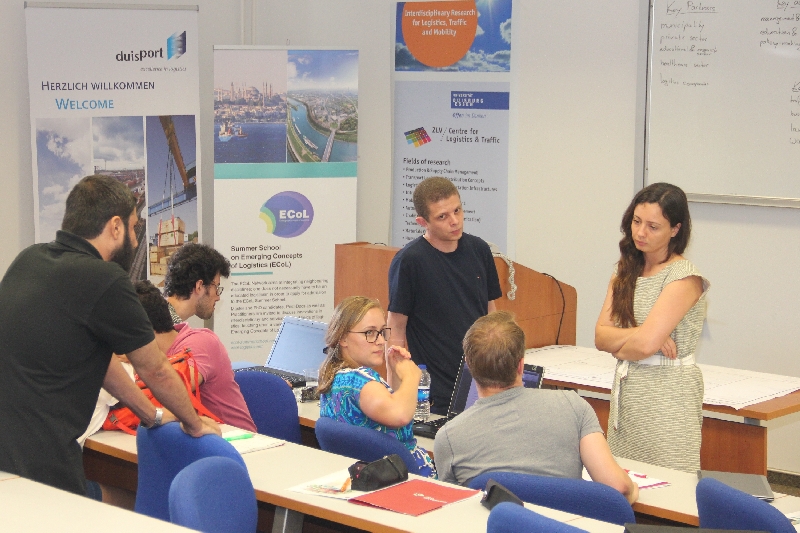 An integrated concept of humanitarian aid as a corporate social responsibility project in logistics business and of a GIS (Geographical Information Systems) based supply chain management system benefitting from existing transportation infrastructures in urban areas was the main objective of the proposal. Such an integrated strong sustainability model was aimed to be achieved via increasing effectiveness with GIS and real-time inventory systems embedded warehouses to avoid wasting resources. Furthermore, seeking a solution for a global urban as well as a logistics problem, namely the influx of a high number of asylum seekers, was also integrated in the scope of achieving social sustainability. The planned concept was to include an urban farming facility for the use of refugees, constructed and administrated by one of the leading logistics companies as a social responsibility project in order to achieve social sustainability. Moreover, integrated GIS systems developed for effective transportation as an intelligent system were planned to be open-source, enabling the public to take part the refugee welcoming project through the use of provided geographical position data for humanitarian aid. Finally, one the provision of joint delivery services to high-frequency stores in emerging markets was investigated as another problem within the framework of Urban Supply Chains. 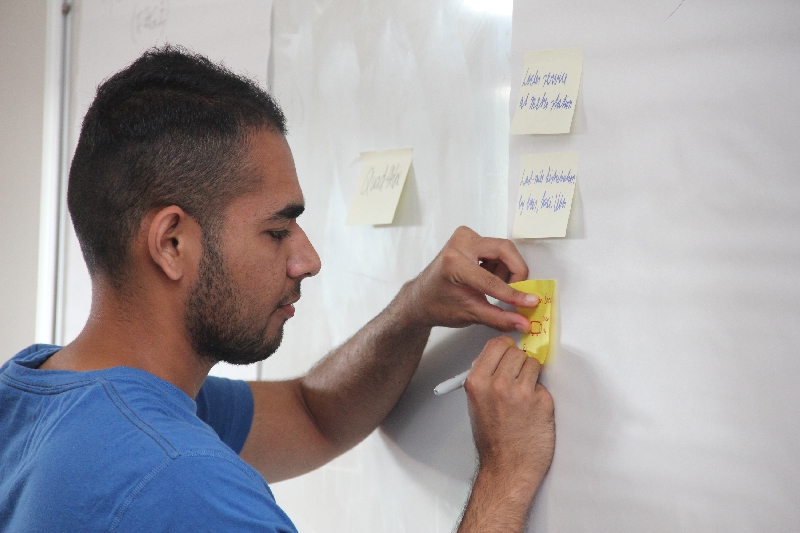 Consequently, after the completion of the groups’ presentations, participants were granted the certificates of participation by the lecturers and all involved institutions have declared their further interest for the ECoL Summer School to be affiliated as a part of the ECoL network in the years to come. 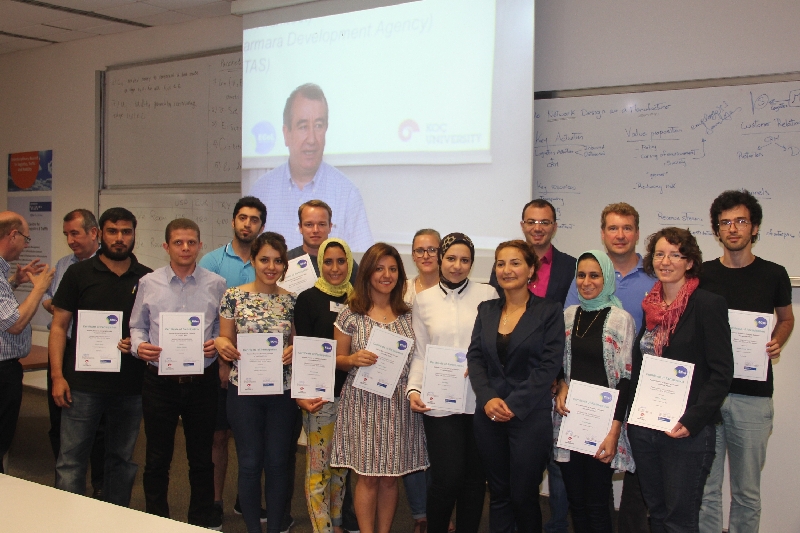 The planning phase of next year’s ECoL Summer School has already started. In 2016, the University of Duisburg-Essen will host the summer school in Duisburg in collaboration with its partners duisport and Koç University. Moreover, a memorandum of understanding will be established between the two organising universities and Arab Academy for Science, Technology & Maritime Transport (AASTMT) for further academic alliances and for possible workshops/summer schools to be organised in Egypt in the future.